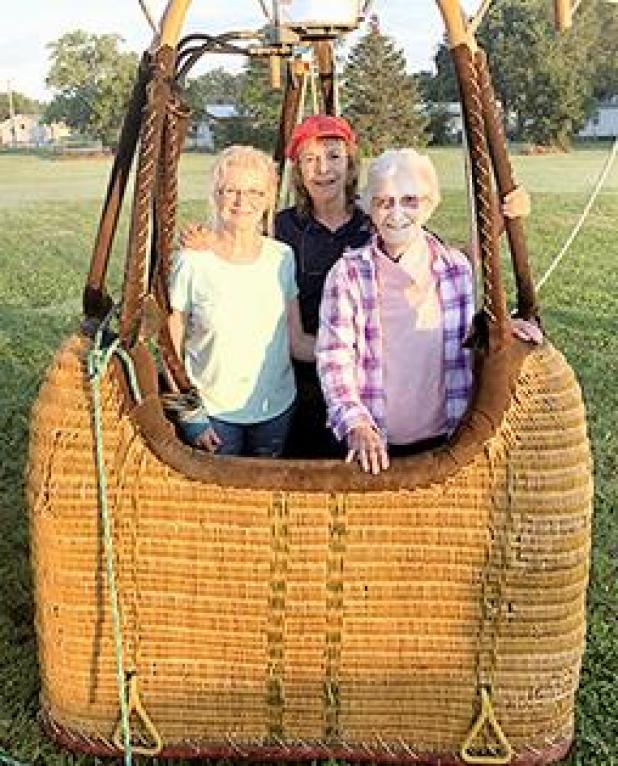 Palisade woman takes to the air for her birthday

Leola Alberts’ birthday celebration this year was one of the high points of her year.
Especially because she observed it with a balloon ride.
Alberts, 94, of Palisade, took that ride Aug. 13, 10 days after her actual birthday, in a balloon piloted by her daughter, Jan Sines, who was visiting from Jefferson City, Missouri.
And while that kind of experience isn’t for the acrophobic, Alberts is hardly a novice. It was her fourth time in the balloon.
In her case, nerves weren’t a problem.
“My daughter has been almost all over the world with it,” she said. “Every time she gets here, she gives me a ride. I look forward to it.”
This year’s ride was no exception.
“It was fun,” she said. “I probably [got nervous] the first time, but I don’t any more — just a blast, as far as I’m concerned. You go by a tree and you can pick off leaves.”
It helps that she was familiar with the pilot, she said. “I kind of want to know something about the person that’s in charge of the balloon, but I know her, and I know she’s safe.”
Sines jokes that “my husband has been ballooning for 46 years [and] he’s been a hot-air balloon pilot two months longer than I have.” She’s been doing it so long, she said, that she was the first balloon pilot from Nebraska.